October 18th: a Saturday night with the Lombard cuisine in Lido of Varese with Graziano Ballinari 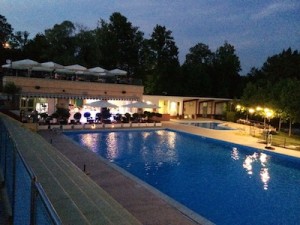 On 18th October the Schiranna opens its doors to the Lombard cuisine for an early Saturday in celebration of this “nearly autumn” in Varese.

Protagonists of the evening at Lido of Varese the flavors and traditions of Lombardia with a dinner of those autumn recipes that made famous the poor kitchen of our territory.

From appetizer with “fasoeu” to the particular barley risotto with chestnuts and sausage, the garòn, chicken thighs fried on cabbage, to the “Sun of the stomach” as it was called the polenta, to the traditional cake of bread.

As entertainment of the evening the tales of the lombard historian and costume observer Graziano Ballinari, which explains the customs of yesteryear through colorful proverbs and jokes.