Grappas and liqueurs Angera: jewels of a Lake City 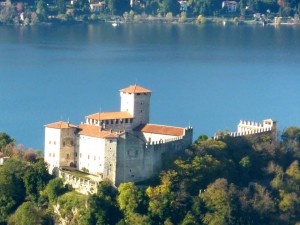 Angera, a little gem on the shores of Lake Maggiore that you should visit when you stay at our Hotel.

Among the pearls of this city in Lombardy, the sanctuary of the Madonna della Riva and the Rocca Borromea, which houses inside the Museum of Children’s Fashion and Doll museum, a collection of over a thousand pieces among the richest in Europe.

Also exists in Angera a Pearl of the gastronomy of our region: from 1847 is active a distillery, the Rossi of Angera, which produces artisanal liqueurs and grappas of the highest quality.

Present on the national and international market, was founded by Bernardo Rossi which based on three important criteria for preparation: distill fresh pomace, using a discontinuous still with steam, aged in wooden barrels to toast different. In 1931 the Distillery Rossi of Angera received by Vittorio Emanuele III a prestigious award, the Royal House of Savoy Patent Award for the production of grappas and spirits. 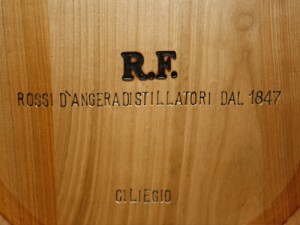 There are, in fact, the renowned grappas of this Distillery, including Grappa Riserva which is an aged grappa obtained from the distillation of pomace precious from grapes of Barbera, Dolcetto and Nebbiolo. Other products to be remembered are the Bitter of Angera (herbal liqueur created in the late 19th century), the Spitz (gentian liqueur) and Genepy (Mugwort liqueur).

Between the grappas and liqueurs of the Heritage line, the Rossi of Angera boasts the production of the legendary Elixir of Borducan, whose recipe still remains secret.

It is an example of a typical product, which conquered Varese. Elixir at Borducan it is a liqueur invented in 1872 by Davide Bregonzio,  an expert herbalist of Varese. After a trip to Algeria, he opened a local “Caffè Borducan” in Santa Maria del Monte (Varese), where he can serve his Elixir.
It is an infusion made from orange peels, some spices and herbs: the Elixir’s recipe has been jealously handed down from father to son to grandson of Davide, Bruno Bregonzio. Even today you can consume and buy liqueur at this Borducan to the Sacro Monte di Varese.

Guests staying at the Hotel Ungheria, you will be able to taste the wonderful grappas and Elixir signed Rossi Of Angera.

Culture in addition to the Rowing World Cup